Purpose:
To understand the singularity phenomena within a cell population such as tissue or whole body, it is essential to: 1) extensively observe every cell as much as possible and distinguish them to identify minority of cells with rare, unique and important physiological properties, which we define as “singularity cells”, 2) analyze each temporal step that lead to discontinuous change triggered by the singularity cells that affects the whole system, and 3) gain multiple viewpoints by artificial perturbation and assessing whether the singularity cells are involved in the discontinuous and drastic status change in the whole system. In this research team, we aim to establish fundamental methods to identify and understand singularity cells by developing variety of probes for quantitative imaging analysis, and develop molecular tools enabling physical or chemical stimulus to provide various perturbations to the cells. 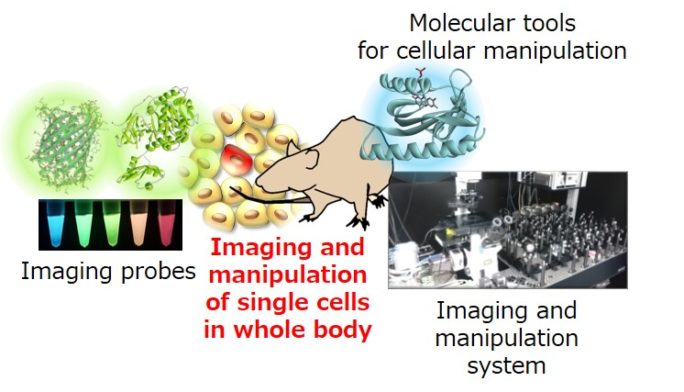