Research on the molecular mechanism of singularity phenomenon in neurological disorders 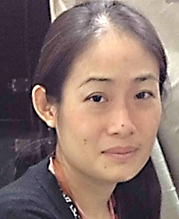 Purpose:
Alzheimer’s disease (AD) starts from the accumulation of toxic Tau in a few neurons in a small region of the brainstem called “locus coeruleus (LC)”, and results in massive neuronal death in 50% of cerebral cortex neurons. Therefore, Tau accumulation process in AD is considered to be a singularity phenomenon that is originated from small numbers of cells. How are the “singularity cells”, i.e. the first cells to propagate toxic Tau oligomers, generated? When and how Tau oligmers propagate throughout the brain? To answer these biological questions, this research group integrates measurement / analysis / manipulation techniques to realize the trans-scale analysis seamlessly covering all the hierarchy of molecule / cell / brain. The ultimate goal of this study is to create a new approach “singularity brain science” that enable the prediction of the onset point neurological disorders. 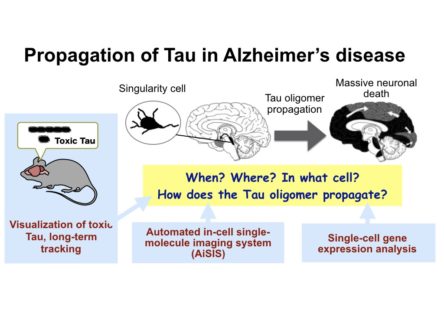